A targeted business growth strategy, the participation in events for opticians and a dedicated website: these are the channels through which the company is promoting its compact EzFit to small labs and shops

May 2017. Just three years since EzFit officially debuted and a year since the launch of the NoBlock version (that doesn’t require a centering block), MEI redoubles its efforts to penetrate the retail sector by showcasing its milling technology to small labs and shops.

Until now, the EzFit expansion process has primarily focused on North America and, to a lesser extent, on South America. Thanks to the resources invested and agreements to increase the sales force in the retail sector, the expansion has yielded a 50% increase in orders. The US and Colombia are the countries where most of the installations took place and the feedback on EzFit has been very encouraging. It is particularly valued by opticians and labs for its precision and processing speed, as well as the obvious benefits of eliminating the need for blocks. “An immense change in mentality is taking place and we are convinced it will continue to benefit our efforts to expand the EzFit market”, remarks Stefano Sonzogni, President and Technical Director of MEI. “Industry professionals are beginning to fully comprehend the fact that our EzFit eliminates the need for further processing, since the lens is cut perfectly, right from the start. No reprocessing of the lenses is required and, oddly enough, until the process is better understood, this is almost perceived as a flaw!”. 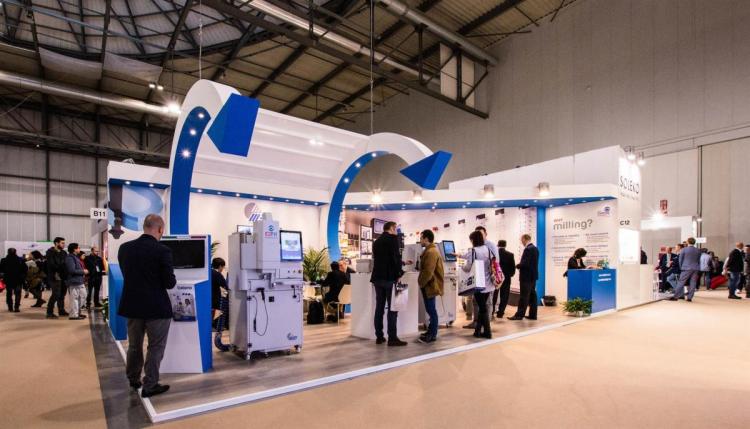 A trend entirely validated by Mido and Vision Expo East, where MEI was able to offer up-close demonstrations to industry professionals from all over the world and further explain to them the many advantages of the compact solution. Following the eyewear show in Milan – which is still the company’s leading fair in terms of visibility and as a forum for sharing ideas, comparing notes and building new partnerships – more than 200 official requests poured in from visitors asking for a quote and those wanting to gain a better understanding of the product by receiving additional information. Feedback was also extremely reassuring at the New York show where interest, especially in the NoBlock version of EZFit, exceeded all expectations. Countless demos were conducted which then led to immediate orders for machines.

But MEI’s retail ambitions do not end here. In addition to the “traditional” fairs, which still offer unequalled opportunities to meet existing and future customers (forthcoming shows include ABIÓPTICAL, São Paulo, in May; and VEW, Las Vegas, in September), the company has begun participating in some “smaller” events for opticians that offer the possibility of making direct contact with the EzFit target audience. Worth noting, the company addressed the relationship between the optical industry and Europe’s Industry 4.0 in a discussion at the “COLA Vision Council Spring Meeting” on April 27-28 in Temecula (California) and participated in the “Simposio de Marketing en Salud Visual” on April 25 in Barranquilla (Colombia). MEI will also attend the “Optometry’s Meeting” that will be held on June 21-25 in Washington D.C. 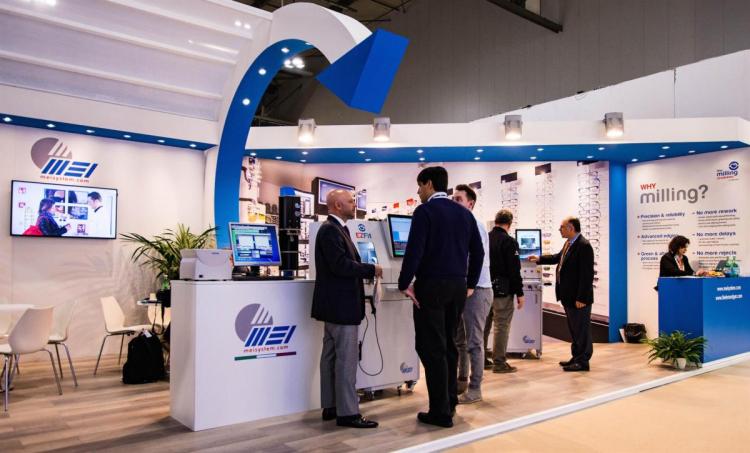 In addition, a new website, dedicated entirely to EzFit, was recently launched: www.thelensedger.com. This revolutionary machine’s advantages are illustrated there in detail using all-new graphics that speak directly to opticians. Extremely easy to operate, EzFit brings the same performance capabilities as an industrial machine to optical labs and shops, offering very high quality standards and the utmost in reliability. Speed, accuracy, processing flexibility and stability during shaping are only some of the benefits of the milling process and, thanks to these features, EzFit can increase throughput, speed up processing times and cut production costs.